The key players in the LIFE Beware project 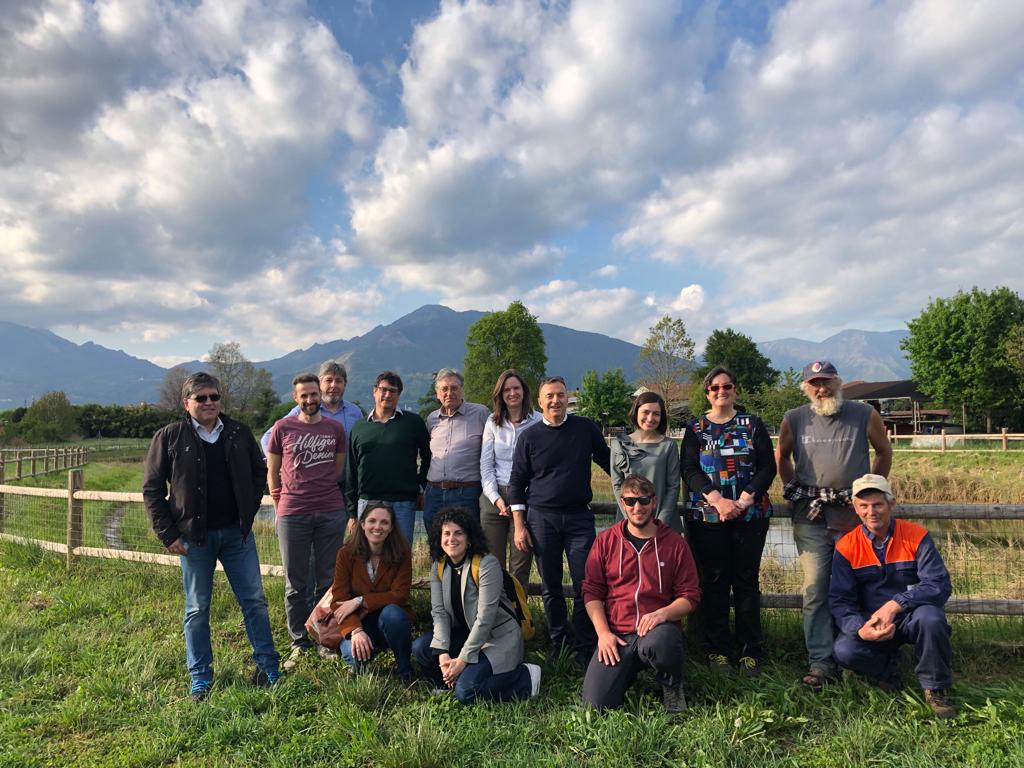 15 Jul 2022 The key players in the LIFE Beware project

Posted at 12:16h in Uncategorized by Life Beware 0 Comments
0 Likes

Santorso is a Municipality of Altovicentino, located on the slopes of Monte Summano, in a vast area between the Alps and the Po Valley. Despite its small size – it has about 6,000 inhabitants – the Municipality is the leader of several projects at national and European level, particularly in the social field, the enhancement of the territory and in that of environmental sustainability.

The commitment in this specific field was born in 2007 when the Administration, in collaboration with the Veneto Region and some local authorities, started the Provincial Environmental Education Laboratory. In 2014, the City Council approved the Action Plan for Sustainable Energy (www.santorsosostenibile.it) after having adopted, in 2012, the strategic vision “Santorso 2020”. The administration is strongly committed to the issues of renewable energy, with attention to the construction of paths of participation of citizens. In 2015, starting from the synergy between administration and citizenship, the Energy Desk was born, which has developed successfully in the municipal area, with important awards from the European Community (European Award for Sustainable Energy) and Legambiente (Renewable Municipalities). The Desk was later extended to a larger territory and has now become the “Municipalities for Sustainability Desk ”, an inter-municipal service that sees 11 Municipalities in the area active in promoting the theme of environmental sustainability.

Marano Vicentino (VI) is a Municipality of almost 10 thousand inhabitants of the Altovicentino, in the high plain where the streams Leogra and Timonchio flow. In 2016 it won the Virtuous Municipalities Award, promoted by the Virtuous Municipalities Association with the patronage of the Ministry of the Environment. In setting up a participatory project for a sustainable territory, the Municipality of Marano has adhered from 2014 to the “Covenant of Mayors for Climate and Energy”, committing to an “Action Plan for Sustainable Energy” (Paes), with the goal of reducing at least 20% of carbon dioxide emissions by 2020. On these issues, Marano also participates in the “Municipalities Desk for Sustainability”, promoted by the Municipality of Santorso.

Among the other projects carried out, there are the recovery of 15,000 square metres of agricultural land saved from covering with concrete; 1,000 new trees planted for the creation of a “lowland forest”, 77.5% of separate collection in 2018 – door to door and with the punctual rate of waste – with 65.1 kg of dry waste per capita per year.

Through four routes of about 1.2 km, about a hundred children now go to school with the “feet-bus”, accompanied by their grandparents, and over time is strengthening the mobility  of bicycles and the exchange between different means, such as the bike and the train, enhancing the station of Marano as a cultural space. Every year the Municipality proposes various initiatives for participation and environmental awareness, such as the day of collective care of the territory, “Let’s clean Marano” and, for children, the “Bloodhound sniffs garbage”, or the cultural review ” The discipline of the earth. Landscape, men and animals”.

The consortium for the reclamation of the Upper Venetian Plain covers a total of 172,953 hectares in a territory that includes 96 Municipalities in the Veneto region, in whole or in part, spread over three provinces: Vicenza, Verona and Padua. The primary activity of the Consortium is to provide for the execution of the hydraulic reclamation works, the maintenance and operation of watercourses, as well as the execution of hydraulic works (integral reclamation).

In addition to all those interventions aimed at the defence and conservation of the soil, today the activity of the consortium also includes the protection of the rural space and the agricultural irrigation ecosystem and the related protection of the environment.

Veneto Agency for Innovation in the Primary Sector – is a body of the Veneto Region that operates in the field of policies for the agricultural, agri-food, forestry and fisheries sectors. It deals with applied research and experimentation aimed at testing and disseminating technological and organisational innovations designed to improve the competitiveness of businesses and production chains, environmental sustainability, in the agricultural, agri-food, forestry and fisheries sectors. The Agency also works for the protection of plant and animal biodiversity of agricultural, naturalistic and ichthyic interest, as well as in the management of the regional forest state property.

The Department of Territory and Agro-Forestal Systems (TESAF) is part of the University of Padua and is characterised by modernity and multidisciplinarity. The activity is strongly oriented towards the study, conservation, effective management and sustainable use of agricultural, forestry and environmental resources. Research and teaching are based on qualitative excellence and on international, national and local collaborations in order to produce tangible and innovative results at the service of science and society. The structure of the Department reflects the multiplicity of different knowledge that characterise it, such as ecology, forestry, territorial planification, phytopathology, valuation, law and policies of the territory, the economy and agro-food policy, rural and forestry, hydrology and water resource management, geomatics, xylography and wood technology and mechanisation of agriculture and forestry.

The European Association for Local Democracy Founded in 1999 on the initiative of the Council of Europe, ALDA aims at facilitating cooperation between local authorities and civil society.

A large part of ALDA’s work is based on the multilateral decentralised cooperation method. This approach involves a multi-stakeholder approach that focuses on strong partnerships between local authorities and non-governmental organisations.